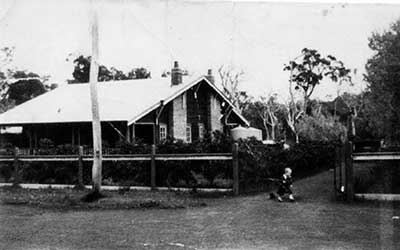 The police station and house was built by Bob Whalley in 1928/9 as the town was previously serviced from Busselton. The last of these policemen were Les Cullerton and Percy Gannaway. The first Margaret River police officer was constable Clarry Wyatt who served from 1929 to 1936. He was succeeded by constable Les Winton who served until 1938 where he and family decided to buy property in town and start a business. 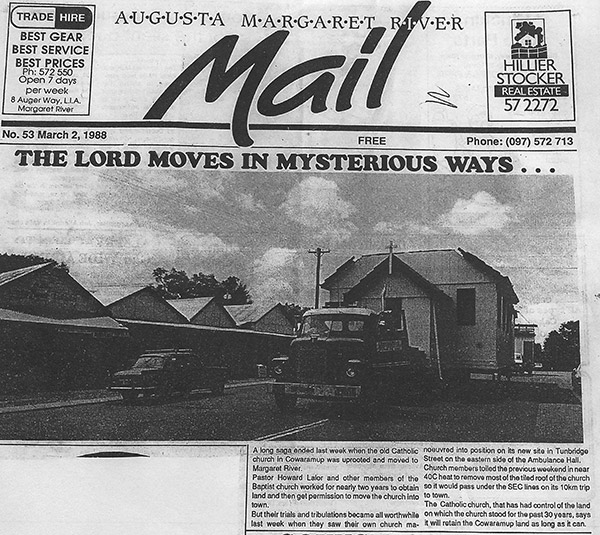 That same year the police building was moved to Augusta where it served that community for many years. The house was sold and Mr and Mrs McMurray lived there for many years and for some time used for a business. Now used as a private residence. 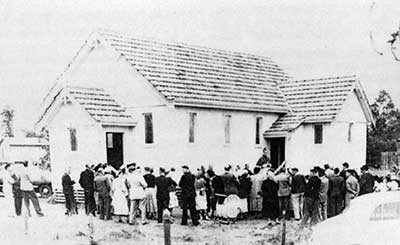 The Margaret River Baptist Church purchased the site in 1987. They also bought the Cowaramup Catholic Church which was transported to this site in 1988, see AMR Mail story above.