First owned by Miss G. Reynolds in 1934 and bought by local picture show operator Mr Alan Jones who erected an advertising board on the property to advertise upcoming movie shows for the town. In 1970 the land was purchased by Castle Developments who built a two room building housing Leeuwin Reality and the Town and Country Building Society. 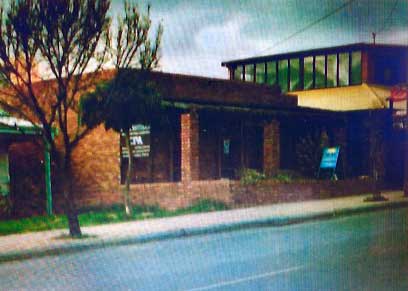 The building was demolished and in 1983 a new two story arcade known as Leeuwin Reality Arcade was built, housing an estate agency, dressmaker "Pots and Patches", plumbing suppliers Tom and Beryl Harley and accountant Ralph Cooper.

Since that time the building had some renovations. Local Chinese restaurant owner Mr Nam Bo operated a restaurant for over 26 years before leasing it to an Indian Restaurant. It's now a Chinese restaurant again The Golden Dragon. The shop in front was used as a hemp clothing store operated by John Thompson as Margaret River Hemp Co. The top floor was used by the local Augusta Margaret River Mail newspaper for some time. Another shop in the premises is John Miller jewelry design.