Residence and shop built in 1937/8 for Jack and Effie Nixon who operated the power station next door. The shop supplied electrical supplies, bicycles and photography supplies. 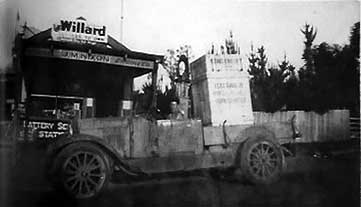 Subsequent owners made extensions/alterations and they were Mr Tressiter, Don and Joyce Bennett, Bill and Jenny Turnock, Peter and Robyn Zani who were here in 1984 and the shop became a cafe known as Robyn's Nest. At present it is known as The Margaret River Tuckshop restaurant.